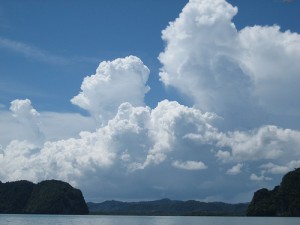 April can actually a great time to visit Thailand, especially the first half, as long as you’re prepared for the heat. Prices are significantly lower as the high season ends, and one of the most popular festivals, Songkran, takes place around the 13th to the 15th.

Where to go in Thailand in April
As the weather heats up throughout the country, a few places are better to visit than others. Expect it to be crazy-hot (and be grateful for those low shoulder-season prices – now you can afford air-con accommodation!), and try to choose drier destinations. Here’s a breakdown of the regions in April: