The Flag of Thailand 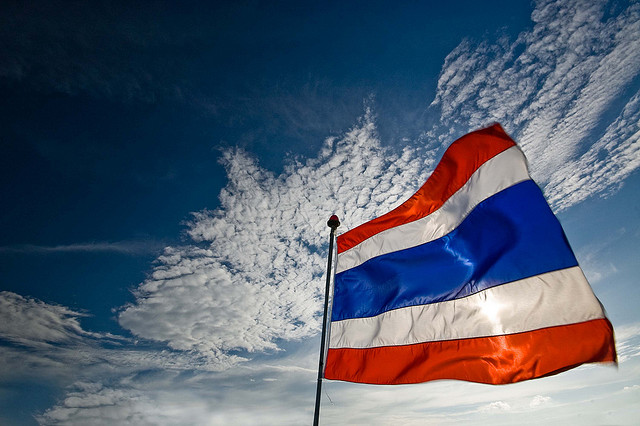 Thailand’s flag consists of five horizontal stripes in red, white and blue. Adopted in 1917, the flag’s single blue stripe is twice as big as the four red and white stripes. Blue is Thailand’s national color and represents the monarchy, while the white stripes represent the purity of Buddhism. The red stripes evoke blood spilled for Thailand’s independence.

The flag is known as the “Trairanga,” which simply means “tricolor.”