Thai Gem Scam: What It Is & How to Avoid It 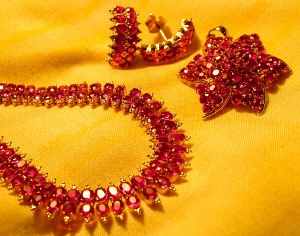 While many travelers consider themselves to be savvy and not likely to fall for scams, it can happen to the best of us, and it’s a good idea to be aware of common local scams so that you can see them coming from a mile away. In Thailand, there’s probably no scam that’s more well-known than the gem scam.

The Thai gem scam operates like this – a seemingly friendly stranger will approach a tourist outside a popular tourist attraction (far enough away so that the tourist can’t yet see the entrance) and tell them that said attraction is actually closed for the day. The reasons for the unexpected closure given can include some obscure public holiday in Thailand or construction in the attraction. The stranger’s next move, after offering this “helpful” advice, is to helpfully suggest another attraction nearby as an alternative.

When the tourist expresses interest, the stranger will then offer to show them the way. On the way to the waiting tuk-tuk, the stranger will casually mention that there just happens to be a special government-sponsored gem sale going on right then that only happens once a year. Another person involved in the scam may also approach the tourist at this point, “verifying” the existence of the gem sale.

When the tourist agrees to visit the gem shop the stranger recommends, they’re likely talked into buying copious amounts of gems under the assumption that they’ll be able to re-sell them in the United States for as much as 100% profit. It isn’t until the gems are appraised later on that the tourist finds out that they’re actually worth next to nothing, and the gem shop’s “money back guarantee” doesn’t exist. 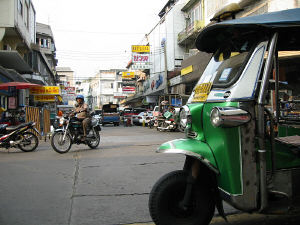 In general, it’s actually quite easy to avoid falling victim to the Thai gem scam – you just need to trust your instincts and remember a few key things:

The gem scam in Thailand has been cheating people out of money for more than two decades, and although local officials make an effort to educate tourists by posting signs in heavily visited areas, it’s still something that people fall for every year. Don’t let yourself be a victim!

For more information about the Thai gem scam, see this page on 2bangkok.com, the Thai Gem Scam Group on Geocities page here (complete with photos of people attempting to scam tourists), and the Thailand page on the US State Department’s website.