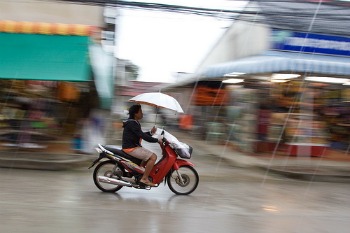 The best time to visit Phuket depends on many factors. Weather may be the main issue for people. Some people like the low season because the island has fewer visitors and resort and airfares are lower. Some people prefer the high season because of the crowds and nightlife. It is up to people to research and make a decision. Since Phuket weather is a major factor, the seasons and climate you might expect are described below.

Phuket, Thailand has three seasons. The rainy season is hot and wet, the hot season is very hot, and the cool season is hot. The climate is controlled by the winds of the monsoon, which is the direction of the customary wind, which is influenced by the variation in the way the land, and oceans keep heat. During the summer months, from April until October, the large Asian land mass is warmer than the ocean. The air over the Indian Ocean which is colder and heavier and moves into the war air over the land. As a result, the warm southwest wind over the Indian Ocean carries warm wet air and rain to Phuket.

When the continent of Asia cools during the months of November until April, the water of the ocean warms up more than the land. The prevailing wind direction alters and comes from the northeast from over China, resulting in cooler and drier air and good weather for Phuket. Consequently, the weather of Phuket is easy to predict.

Phuket’s cool season lasts from November through February. The temperatures range from 70 to 90 degrees F. The amount of rainfall ranges from 190mm in November through 32 mm in February. The winds from the northeast begin in November, and this brings the rainy season to an end. The cool season is considered the best time of year to visit Phuket as the sky is blue, there rainfall is minimal, the humidity is lower, and temperatures are comfortably hot. This is the time of Phuket’s high season with most visitors arriving during the Christmas and New Year’s.

The hot season occurs from March until early May. The temperatures vary from 80 to 93 degrees F. The rainfall varies from 106 mm in March to 265 mm in May. While the weather is dry and skies are blue, some visitors discover that the hot temperature is not comfortable. This is Phuket’s mid-season with many visitors but lower hotel rates.

During the rainy season in Thailand, the monsoon winds blow beginning in April and May and bring the rains with the greatest amount in May, September, and October with rain occurring for long times. The temperatures range from 74 to 91 degrees F. The amount of rainfall is 265 mm in May, 227 mm in June, 223 mm in July, 327 mm in August, 372 mm in September, and 536 mm in October. These three months are not compatible for travel if visitors want to enjoy the sun or the outdoors. June, July and August are good travel months because while there is lots of rain, it only rains for short times but the temperature is comfortable with a breeze. As this is Phuket’s low season, the hotel rates are low and visitors should be able to get better deals on tours, car rentals, and boat trips.