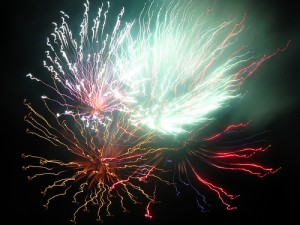 While Christmas in Thailand goes largely uncelebrated,  the New Year’s holiday is a  different story. However, bear in mind that Thailand’s true New Year takes place  in mid-April and is called Songkran; the Western tradition of ringing in a new year on December 31/January 1 is an adopted celebration for Thais.

Despite not being a public holiday in Thailand, the Western New Year still gets a lot of play. Since Thais are notorious celebrators,  parties are held throughout the country — particularly where backpackers congregate. That means you’ll have no problem finding fire-dancing and bucket-drinking in places like Phuket, Ko Pha Ngan, Bangkok, and Pattaya. In fact, you’re likely to find celebrations on even the smallest islands and beaches, as long as there is a crowd to fuel them.

Unlike in the West, you’ll find that businesses remain open as usual on January 1, hangovers notwithstanding! But because many travelers to Thailand celebrate the holiday, you should consider reserving your accommodation in advance — particularly because New Year’s falls during Thailand’s high season. A s with other popular times, rooms can fill up. Give yourself a minimum of three days advance — or make it simple and use our booking widget below.